Grilling over an open fire is humanity’s oldest cooking technique. The backyard grills we’re used to seeing in the U.S. are usually fueled by charcoal or propane—but the oldest way of grilling is to throw meat over a wood-burning fire.

What Is a Wood-Burning Grill?

A wood-burning grill is a utensil with grates for food set directly on top of a pit for wood. This can be as simple as a hole in the ground with a grate set over it or as heavy-duty as an Argentinian-style parrilla grill (a.k.a gaucho grill), which has a flywheel to raise and lower the grill grate during asados, or cookouts.

Although grilling is typically an outdoor activity (especially when lots of smoke is involved), hearths, fireplaces, pizza ovens, and brick ovens can all function as wood-fired grills if a metal grate is placed on top of the fuel source.

Why Use a Wood-Burning Grill?

A grill is one of the simplest and easiest ways to cook, and unlike gas or charcoal grills, a wood-burning grill imparts the flavor of wood smoke, which contains over a thousand aromatic compounds, to whatever you’re cooking. The ability to maneuver your heat source in a wood-burning grill makes grilling versatile: you can quickly sear a steak, or allow tougher vegetables to cook slowly over the colder part of the fire.

What Is the Difference Between Wood-Grilling and Barbecue?

Although cooking over a wood-burning grill and using an offset smoker to make traditional barbecue both use wood as a fuel source, they’re fundamentally different styles of cooking.

How Do You Select the Best Wood for Cooking?

Before you even start to build your fire, you need to choose your wood. When selecting wood for barbecuing, keep in mind some basic dos and don’ts:

How Do You Cook a Turkey on a Gas Grill

Related Articles
We will be happy to hear your thoughts 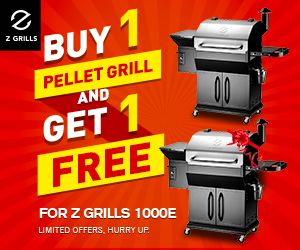